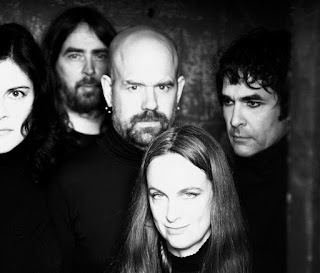 Boss Hog is back and “Wichita Grey” is the first single from their upcoming four song Maxi-Disco 12-inch due out July 1st on In The Red. Cristina Martinez’s vocals sound as electric as ever and are backed by the thunderous drumming of Hollis Queens, Jens Jurgensen seductive bass lines and Mickey Finn’s droning keys. The guitar tones of the legendary Jon Spencer are sure to melt your speakers as his infectious riffs are dangerous, enigmatic and down right nasty. Legend has it that Boss Hog are internationally-known as New York City’s most provocative and original rock’n’roll band and I’d say “Wichita Grey” just might etch this statement in stone. The band begin a West Coast tour that on July 11th in Seattle. 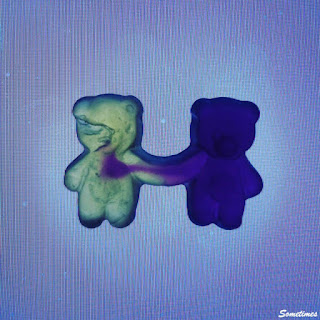 Loving this fun lo-fi experimental E.P. from Lost Gloss out of the U.K. Things open up with an eerie intro simply titled “❂” before giving way to the wandering sounds of “Nothing’s All Around” which features some really beautiful yet haunting guitar tones that sit well with the distant and looming vocal presence. “Tired Eyes” is a hazy, laid back instrumental while “Too Much” is a fine crafted blend of 80’s new wave pop hooks and early 90’s shoegaze that channels the likes of early New Order and MBV but with a more lo-fi bedroom style charm. The E.P. comes to a close with the collage like “Kaleidoscopic” which conjures up images of space stations and alien life some place on the other side of the galaxy. 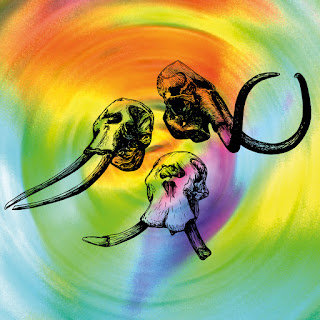 Instrumental masterminds Memory Of Elephants deliver big with their latest E.P. “Faux Carrion”. The technical riffs and phenomenal drumming alone make it a step above most as the level of musicianship is simply off the charts. “That Was A Warning Cone!” is nicely lined with layers of experimental sounds that flow like waves between the frantic rhythms and crushing guitar chords that run rampant throughout. “Chacking For Cwmbrân” fully explores the world of prog-rock and jazz while adding it’s own experimental spin to things as there is an uplifting cinematic spirit to it all. “Who The Fuck Is Runcorn?” just might be the most aggressive track of the three as it begins at breakneck speed while the band come together like Voltron to create an incredibly gigantic sound. Hands down one of the best E.P.’s I’ve heard all year. 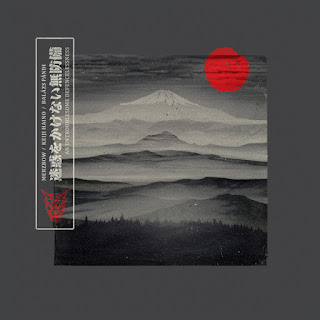 Legendary Japanese electronic noise artist Merzbow (aka Masami Akita) teams up with guitarist Keiji Haino and drummer Balazs Pandi for another example of extreme sonic experimentation in the form of “An Untroublesome Defencelessness”. The album is a menacing collection of manic drumming, white noise and fierce power chords drenched with feedback. When asked about the collaboration Pandi explains, “When Masami and I did a gig in Osaka back then, we threw a couple ideas back and forth and decided that it would be great to try and form a trio with Haino-san. Keiji is like an infinite well of ideas. It’s incredible how he can push music and sounds into new directions. Sounds coming from him have way more qualities than the ones coming from most musicians, as he uses every possible way to alternate sounds and give them extra qualities that people just don’t know about.” It’s a truly incredible collaboration to say the least. 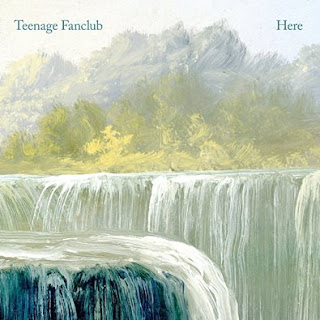 I am so excited about this new song and the upcoming Teenage Fanclub album “Here” as they are one of my long time favorite bands. The albums first single “I’m In Love” is a culmination of all the things that make this band great. It’s jangling guitars and driving beat alongside the bands trademark vocal melodies shine throughout. The track is about finding yourself fully submerged in love and how wonderful it can be. It’s bright and breezy and blissfully brilliant in every way. “Here” comes out on September 9th on the bands own PeMa label in Europe and on Merge in North America. 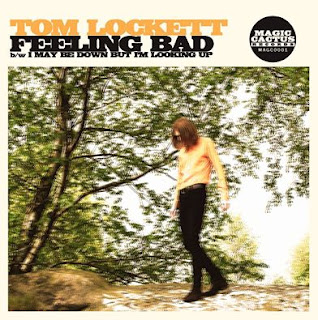 “Feeling Bad”, the new single from former Electroshock Therapy frontman, Tom Lockett is a powerful number that combines great depression era folk with 60’s psych and blues. I hear everything from early Marc Bolan to Woody Guthrie here as it sets a mood that is genuine and pure. The pumping organ and screaming harmonica add another dimension of excellence to this raw and rugged number. It really feels like you are sitting inside the room while the track is being cut as the co-production of Lockett and Shaun Lowe (producer of soul legends, The Drifters) works wonderfully. A remarkable achievement from an incredible singer songwriter. “Feeling Bad” is set for release as a limited edition CD on Lockett’s own Magic Cactus Records on August 5th.