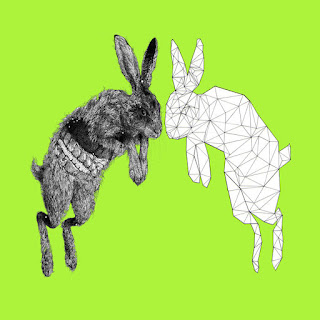 L.A. based indie/prog duo Arms That Work hit one out of the park on their latest release “Automata”. Things kick off with the lively attack of “Digital Wood Block” which features some of the most manic drumming you will hear on planet earth. It’s also backed by a solid dose of shimmering synths and time signatures sure to make your head spin. “Burgundy Moon Saloon” continues the math rock frenzy as it plays with even more complex structures. It’s wide range of guitar tones and relentless intensity make it a lot of fun to listen to. Things get switched up a bit on “That Scam” as there’s a more mysterious, almost soundtrack element to it as a layer of swirling atmospherics run throughout the track. It’s infectious rhythm and lush textures culminate in a sonic blast of full on mayhem that’s sure to make the ghost of Frank Zappa proud. Add in the awesome cover art courtesy of Charles Paras and you have one hell of an amazing E.P. 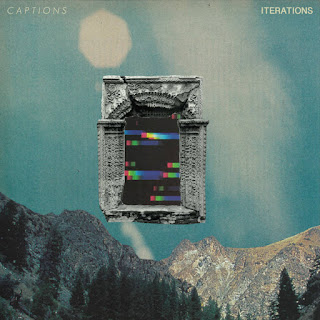 The delicate indie pop sound of Captions is represented in grand fashion on their debut album “Iterations”. Opening piece “Bearfights” catchy vocal cadence gives it all the makings of an anthem. It’s got a vibrant energy that flows with every note. The thumping bass line and in the pocket drums of “Two Step” set the tone as it’s melodic guitars come off like a cross between Tommy James & The Shondells & Broken Bells, while “Palabra” is a heart warming number that moves with elegance and poise. The pace quickens during the galloping drive of “Recording Silence” which features some truly incredible vocal melodies set on top of a lush sonic landscape. “Loop” keeps things fresh with it’s jangling surf guitar attack and feel good stance while the band continues to deliver with stellar tracks like “Eyes” and “It’s A Riot”. Overall “Iterations” is an excellent album full of cleverly crafted songs that draw you in with open arms and leaves you wanting more. Highly recommended 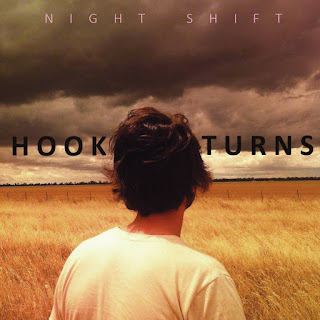 Hook Turns debut album “Night Shift” is a brilliant collection of indie rock bliss that draws from a heavy singer/songwriter point of view. Headed by Australian musician Andrew Bonnici,the album displays a unique brand of intensity and charm on songs like “Same Old Mess” and “Multitudes” and you really get a sense of sincerity and the experiences that went into crafting the record. “Inland Sea” has an undeniable flair that’s full of catchy melodies that one could easily link to the Jesus And Mary Chain or The Smiths but with an underlying country feel, while “Las Manos” is nothing short of epic. When asked about his process for making the album,Bonnici says “Night Shift” was recorded in my country studio, an old hall in the farming town of Elmore, located 2 hours north of Melbourne Australia. The album was self produced and the recording was done in the middle of the night. I’ve also worked night shift for the past 12 years, so the album explores the space and time between sundown and a waking world.” “Night Shift” has all the makings of a classic as the passion and fire that’s projected throughout the songs are sure to win over fans from around the globe. 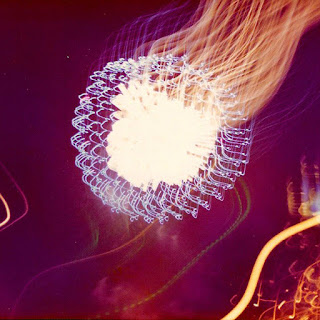 Matt Kelly “A Night Drive Down a Familiar Road You’ve Never Been Down” E.P. (kellygreenstudios.bandcamp.com)

Philadelphia based experimental musician Matt Kelly draws you into his colorful and inviting world of sound on his latest release “A Night Drive Down a Familiar Road You’ve Never Been Down”. The title track starts out with an ambient lull that quickly builds and builds almost like it’s getting closer and closer to a mysterious being of some kind. The beautiful textures Matt creates are simply second to none and it’s the kind of track that will have you discovering something new about it every time you hear it. “A Picture Of A Picture” creates an ominous mood as it’s massive presence offers up a tidal wave of tones and drones. It’s got a hypnotic, cinematic feel to it that is simply brilliant. An inspiring release from beginning to end. 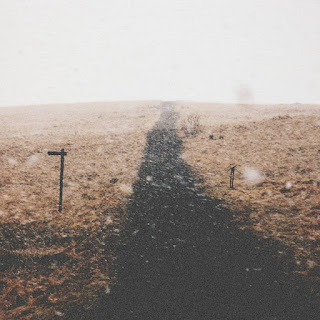 Trees. Perfectly Still is the solo ambient/experimental project of Vancouver musician Isaac Jeffs. The recordings harness all kinds of sounds into collages that are at times distant and bleak yet full of peace and beauty. “The Relevance Of Opinion” features some cold piano sounds alongside a wash of grayish textures that are later joined by a sea of psychedelic like voices and blistering power electronics. “We Won’t Know” presents a laid back beat and a pulsating drone that serves as a backdrop to the liquid like flow of vibrant tones that move with blissful appeal. There’s also some amazing guitar sounds that really put this track over the top and give it an even more subliminal feel. The tide shifts into hypnotic territory on “Mothers Earth” as a collection of shimmering sounds swarm around a delightful array of mind bending vocals. Reflecting on the E.P. Jeffs says “The songs were almost completely recorded on a Zoom field recorder. I recorded at home, at work, on streets, on a ferry, etc. Most of the sounds featured were sounds i hear on a daily basis as well. Trying to find beauty in the awful sounds of a repeating life. the title “CL/41/2/99″ are the 4 bus/train routes i take in a circle to and from work almost every day.So in full, the E.P. is about trying to live in an endless cycle without going mad I guess. And vaguely points out the madness in doing the same thing every day.” “CL​/​41​/​2​/​99” is a remarkable achievement and I look forward to hearing more of Isaac’s beautiful work for years to come. 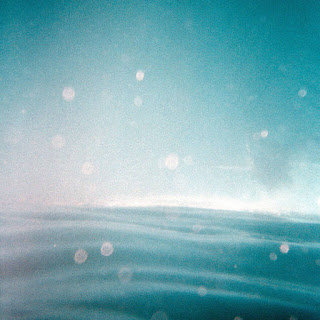 “Atina Bojadži”, the debut album from Belgrade, Serbia’s Triko is one of the most inspiring albums you will hear all year. The band have a knack for delivering atmospheric guitar driven songs full of rich vocal melodies and catchy hooks. “Kontrolni” with it’s intricate riffs and pin point rhythm section sets the pace for other uplifting numbers like “Triko” and “Mali Odmor”. There’s a feeling of hope that moves with each of these tracks that can’t be ignored. The band feed off of each other well and you can tell they love playing together. Stand out number “Kosmoza” channels a bit of Sonic Youth and Yo La Tengo with it’s ethereal stance and radiant energy while the more abrasive “Tremolo” adds a nice bit of angst to the mix. All of the songs show off their own unique personality in a big way. Simply put, “Atina Bojadži” is a very promising debut from one of my favorite new bands.