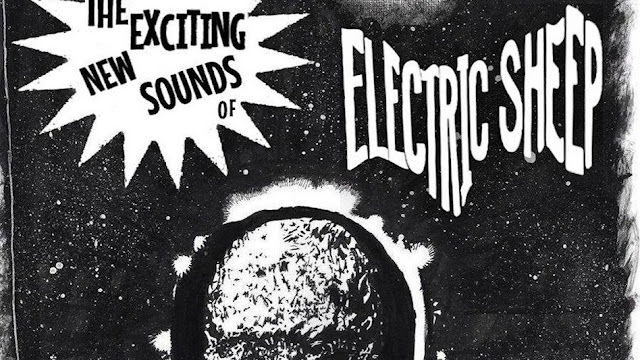 Electric Sheep are a dual singer-songwriter fronted Psychedelic Pop band from Chicago. Rooted in 60s pop song craft, E-sheep often scale back to hooky groovy psych. Their new album “The Exciting New Sounds Of Electric Sheep” is available today from the bands bandcamp page. Jonathan Extract and Devin Nolan who both sing and play guitar along with bassist Leon Nguyen and drummer Anthony Wojtal share some of their favorite songs in this weeks edition of “Five For Friday” but first have a listen to the albums first single “Headscrew”.

The Dentists – Had An Excellent Dream

Songs with great opening riffs as their main draw are highly seductive, and fairly hard to write. This Dentists song just has such a strong sense of attitude, nostalgia, and classicness all wrapped up in that jangly repeating riff. One could take a couple guesses at what kind of music the Dentists were influenced by, probably some of the same old 60’s psych numbers we’re listening to, but “I Had An Excellent Dream” doesn’t sound really referential, instead it’s a little vile of distilled psych rock, reflective of their own era, and their own voice; something the genre of psych should aim for.

When I first heard I’m a Living Sickness by The Calico Wall, I was driving around Chicago listening to a local college radio station. I had to pull over suddenly on the side of the road to find out what it was. I wasn’t sure if it was an old song or a new one, but, it was one of those songs that really got me excited, like I came across a lost treasure, and what a lost treasure it is. Two minutes and forty one seconds of some of the most demented psych rock I’ve ever heard come out of the late 60’s. It’s not your typical “peace and love” hippie stuff where there’s flowers in young girl’s hair and everyone’s holding hands and singing kumbaya. This song is like a really bad acid trip where all you can see is the darkest parts of your soul reflected into the world. So, if you’re into some of the stranger and darker fringes of the first wave of psych rock, I cannot recommend this song highly enough.

Blackstar, which was recorded with Donny McCaslin and his band, features the elegant rhythmic skills of Mark Guiliana behind the kit. The album itself is quite the masterpiece, but “Girl Loves Me” in particular stands out to me. The layers ghosted snare notes and fills that bleed across measures add a multitude of texture to this very clean and methodical composition. The somber chords of the synth and guitar really lift the drums into the fore; putting a spotlight on the big, hip-hop inspired downbeats. This song certainly fits the mantra of “less is more”, but that’s what makes it so alluring.

This song is really batshit crazy, but extremely melodic, and overall as one condensed piece, really pop. How Os Mutantes got all that squeezed together is admirable as a songwriter. It starts out as a sort of demented folk song, and quickly takes a hairpin turn into heavy psych rock, and then it dissolves into chaos, only to come smoothly back into the original theme. The overlaying guitars creeping in an out, tempo and rhythm changes, the outstanding harmonies, and the total out-there middle sections are all cool, but that it all works as a solid pop number makes this one of my favorite songs.

The Clean – Anything Could Happen

Some songs are really about the attitude. “Anything Could Happen” boiled down is kinda like a happy campfire song chugging along. But in lieu of Kumbaya, you got some angsty dissonant and deceptive lyrics. Mixed with the shit tones on the guitar, and I-don’t-give-a-fuck vibe coming from the Clean, “Anything Could Happen” is endlessly appealing for us. Lots of people do junk garage rock in Chicago, I can’t go to a DIY show without hearing some rockers wearing brimmed hats doing their rendition of the angsty kumbaya garage song. Occasionally, despite my best judgment, some of those songs are really endearing, and then I keep going back to these damn shows and drinking too much Old Style and..well anyways…the Clean are awesome.