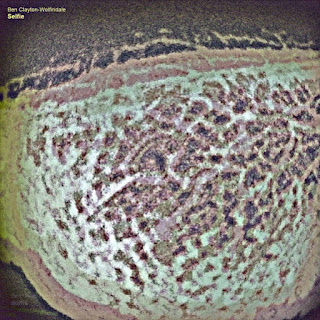 Really excited about this new E.P. from Ben Clayton Wolfindale as he is quickly becoming one of my favorite experimental sound artists. “Tracif” opens the record with mind bending appeal. It sends traces of backwards tone manipulations in all directions before launching into a hypnotic beat. Soon the sounds of water, traffic and other audio stimulation move throughout this thought provoking piece. The lulling feel of “Memristic” washes over you with grey tones that evoke a cold and grim spirit that eventually give way to a menacing array of mechanical soundscapes while “Selfie” is even more dynamic and deranged. The E.P. closes with the bold, almost frightening stance of “Vessel”. It has a stern, powerful presence to it that is enlightening and terrifying at the same time and I have to say I love it. Another must have release from Ben Clayton Wolfindale’s rapidly growing discography. Bravo. 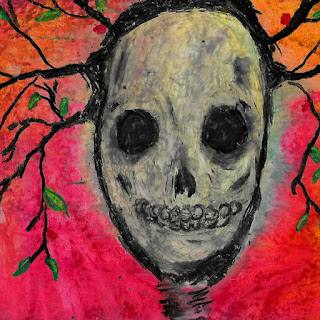 Hailing from the rural town of Mc Alester, Oklahoma comes the debut album from lo-fi psych rock mastermind Brandon Martin. This self titled release is chocked full of short to the point songs that are brilliantly crafted and sure to get stuck in your head and have you singing along in no time. From the opening chords of “Long Pig” I new I was hooked as it’s infectious riff and catchy feel is truly inspiring. The primitive mood of “Immolation Dream” has a very adventurous approach to it that is nothing short of stellar while songs like “Bicycle Days” and “Ether” mix psych driven traces with a hook laced jangling pop approach. Other favorites include the acoustic based beauty of “Floating” the galloping drive of “Prelude” and the deep, laid back, dirge like approach of “Heaven”. An enticing album that takes you on an engaging musical journey that’s inspiring, colorful and open minded. 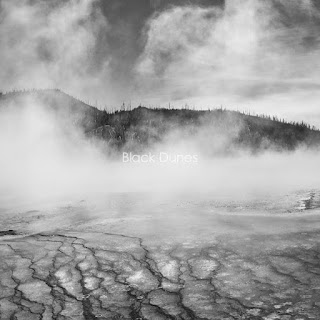 Led by a sea of guitars that seem to sweep in like an unpredictable shift in the weather, Black Dunes offer up 4 spectacular tracks on their debut self titled E.P. Opening piece “Lost” showcases intricate riffs that swing from cagey and clean to angular and noise driven, showing right out of the gate what this band is made. The slow crawl of “Subtlety” filters in colorful waves of uplifting sounds as the monstrous bass tone and pounding drums really put everything over the top, The soaring mood of “Inhabitant” pushes the envelope even further with it’s crushing energy and melodic undertones while closing number “Steps” sends things off on a high note that harnesses layers of hypnotic bliss into a frantic blast of sonic fury. A top notch release that channels a wide range of eclectic moods. New York City’s Dares offer up this promising pair of exciting upbeat tracks which I believe are their first. “Flying Colors” is a catchy, bouncy number full of jangling guitars and a fun energetic vocal cadence. It’s got some good shuffle and swag to it that echoes the spirits of The Kinks, Billy Bragg and Squeeze. The band then shift things up a bit as “Flock Of Arrows” has a more menacing attack that also harnesses an underlying spirit that’s a bit haunting with some flourishing pulses of experimental sound filtered in for good measure. It’s quite inspiring and I must say I’ve had this track on repeat quite a bit over the last few weeks. An excellent new band that are carving out a sound of their own through well crafted songs with a relentless attitude. Highly recommended 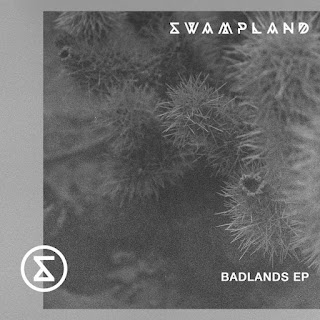 Los Angeles post punk outfit Swampland are back with this brand new 5 song E.P. adequately titled “Badlands”. The songs carry Swampland’s trademark “old west” stance as the tracks are all very cinematic in spirit and structure. “Lady Lazarus” bold vocal delivery and blistering guitar work are simply second to none while the dark, sinister mood of “A Thousand Times” channels the likes of Nick Cave, The Cure and Echo & The Bunnymen. I really love the bassline on “Caught In A Wash” as it’s organic approach really adds to the dangerous mood that flows throughout the track while the stoic vibes of “Lonesome Life” close out the release in fine form. Another impressive effort from one of my favorite new bands. 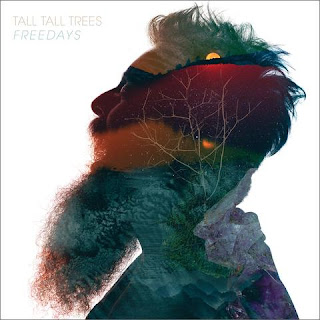 Did you say a banjo being played through a bunch of effects pedals alongside a pumping drum machine beat??? Well count me in. Yes that’s part of what you get on “Being There” the lead single from the new Tall Tall Trees album “Freedays” out now on Joyful Noise Recordings. The other side of the song is Tall Tall Trees brainchild Mike Savino’s beautiful voice and amazing songwriting ability. I mean the amount of energy and power this guy creates here is truly inspiring as each note gives off a spirit of happiness that’s ready top take on the world. Simply magical!!!