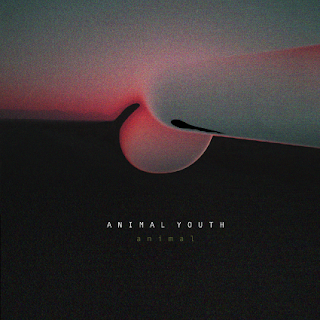 Animal Youth were formed in Brussels in 2016 from the ashes of the group Siamese Queens. Their debut album “Animal” is a vibrant one that mixes elements of post punk and shoegaze familiarity with crushing delivery and fantastic song arrangements full of blissful underlying melodies. Opening number “Darkest Place” is a high energy barn burner while “Rainy Day” and “Eat You Alive” come off like The Pixies doing covers of “Pornography” era Cure. The infectious rhythm of “Feeling” has all the makings of an 80’s new wave pop anthem as it’s stunning bass line and desolate guitar work blend perfectly with it’s moody yet comforting vocal delivery while the rugged romp of “Love You When You’re Dead” rounds things out in fine form. Overall “Animal” is an incredible display of mesmerizing post punk brilliance. The band will be playing a round of shows in support of the album including a spot on the Weyrd Son Records Festival this weekend in Brussels which also features performances from Drab Majesty and Soft Kill.

Here’s another track from “Chuck” the final album from the true king of rock n roll CHUCK BERRY!!! Berry referred to the song as a “spiritual sequel” to his classic “Johnny B. Goode.”. The album features Berry’s regular backing group The Blueberry Hill Band which includes Robert Lohr on piano, Jimmy Marsala on bass and drummer Keith Robinson plus guest appearances by Charles Berry Jr., Tom Morello and Gary Clarke Jr. “Chuck” will be available on June 9th coutesy of Dulatone Records. 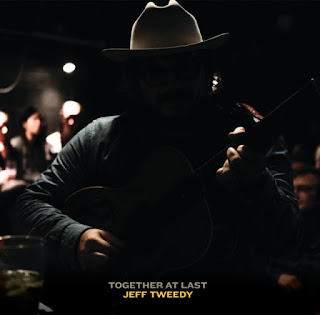 Jeff Tweedy is set to release a new solo acoustic album, “Together At Last”. The record is a collection of remakes of classic songs by Wilco and his various side projects. “Laminated Cat” was originally release by Loose Fur, a project that also featured Jim O’Rourke and Wilco drummer Glenn Kotche. This stripped down heartfelt version is pretty damn inspiring as Tweedy’s signature voice sounds as amazing as ever. “Together At Last” is set to be released on June 23rd courtesy of dB PM Records. 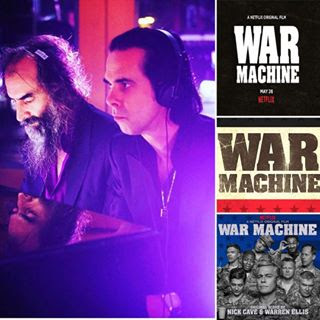 War Machine, a new Netflix original movie starring Brad Pitt, Tilda Swinton, Topher Grace and others also includes a beautiful soundtrack scored by non other than Nick Cave and his longtime Badseeds band mate Warren Ellis. “Together we made a score that was both light and dark, propulsive and meditative at the same time. Reflecting on putting together the score Cave and Ellis stated, “We developed a kind of ‘spiritual electronics’ that captured both the melancholy and the terrible absurdity of the Afghan war,” “It was a great pleasure to work with David Michôd, who is not only an extraordinary filmmaker but a musician too. Our favorite score!”. War Machine is out today and the soundtrack is available courtesy of Lakeshore Records. 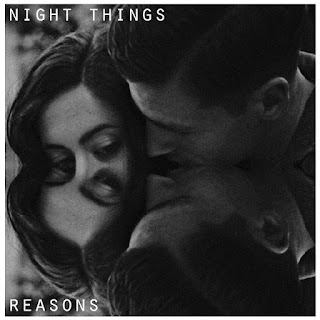 Los Angeles based musician Zach Shields met vocalist Maize LaRue when he was part of Dead Man’s Bones with Ryan Gosling. The two started playing covers together and eventually formed their own group Night Things. The duo’s brand new single “Reasons” is a delightful dose of indie pop beauty highlighted by LaRue’s dynamic voice. It’s rich production and compelling arrangement give a solid nod to classic 80’s pop, as layers of liquid like synths and an uplifting rhythm make it the perfect track for spring. Be sure to check out this track as well as their other recent single “Cost Of The Summer” and stay tuned for the bands debut album due out this coming Fall. 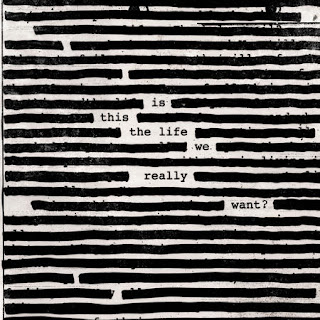 Pink Floyd mastermind Roger Waters has returned with “Is This The Life We Really Want” his first studio album in nearly 25 years. “The Last Refugee” the albums latest single features Waters one of a kind vocal delivery alongside a sea of cosmic sounds led by an ominous piano and steady stream of fluttering percussion. The album was recorded between 2010 and 2017 with producer Nigel Godrich and also features vocals from Holly Laessig and Jessica Wolfe from the band Lucius.”Is This The Life We Really Want” is set for release next Friday June 2nd.