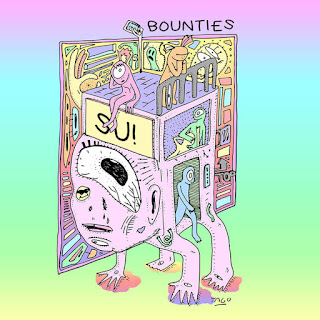 Barcelona, Spain based surf/indie rock band Bounties have created one of the most fun and upbeat E.P.’s you will hear all year. From the “in the pocket” sounds of lead off track “The Ocean” to the swaggering garage rock stance of “Mousetrap” you know you are in for something special. “Found You” is a sonic blast of early 90’s style jangle pop while the thunderous stomp of “Hitchhiking” is sure to satisfy your need for no frills rock n roll. The quick paced “Aquella manera” sends things home in fine form as it’s relentless tempo and savage blasts of fuzzed out guitars show you why Bounties are one of the most exciting bands on the planet. More please!!! 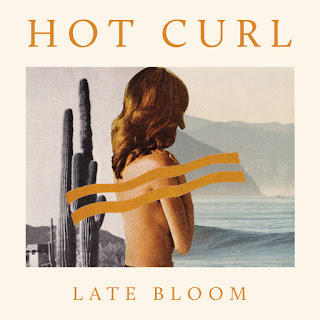 Brooklyn’s Hot Curl deliver a vibrant mix of infectious indie rock that capitalizes on incredible song writing and lush, surf style guitar riffs. Opening track “Silver” glides along with atmospheric grace as Prescott Horn’s stellar vocal delivery puts everything over the top. “Time To Go” is a bit more laid back and breezy but also has an underlying groove that drives the song along well, while “Warped” offers up a fine blend of indie pop and modern psych flavor. A remarkable effort that’s refreshing, colorful and warm. Highly recommended. 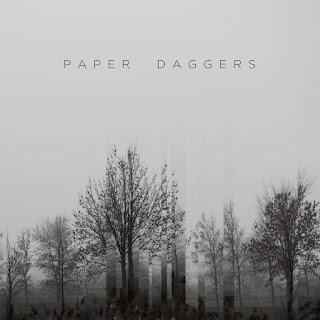 These New York City shoegazers hit a home run on their 3 song self titled debut E.P. Paper Daggers are all about atmosphere and there’s a lot of it swelling around these songs. The rich spaced out guitars and ethereal vocals give things an “other worldly” feel at times while still harnessing a strong balance of melodic riffs and true rock n roll swagger. A phenomenal trio of songs that dig at your soul and leave you wanting more. 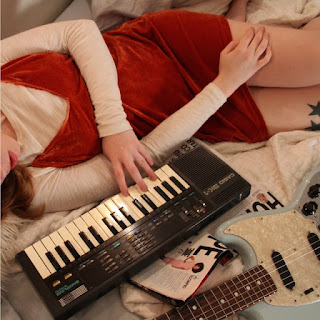 Sophie Allison aka Soccer Mommy has released another track from her upcoming album “Collection”. The song simply titled “Allison” is a delightful acoustic based number highlighted by Allison’s beautiful voice. Comprising of reworked versions of some of her best Bandcamp releases, as well as a few new songs written, mixed and produced by Sophie herself, this record is a fine introduction to Soccer Mommy’s sound. “Collection” is due out on August 4th courtesy of Fat Possum Records. 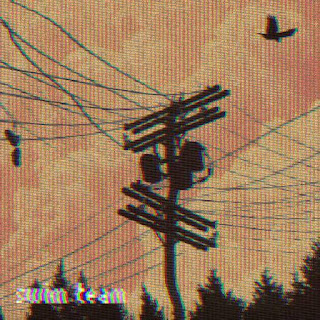 Ottawa, Ontario indie rock unit Swim Team make absolutely epic music. They also gel together perfectly as musicians as the arrangements and dynamics that move throughout this 3 song E.P. are brilliant from beginning to end. Tracks like “Snowbird” and “Westward” use intricate guitar work with a booming rhythm section to create moody yet hopeful feeling songs while “Aurora Boresadness” combines beautiful layers of atmospheric sound with heartfelt vocals and a passionate delivery that is sure to be one of the most intense songs you will hear anywhere. Hands down a truly incredible release. Get into it. 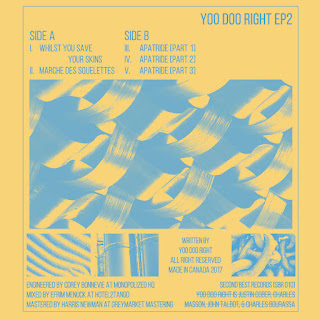 Montreal’s Yoo Doo Right certainly have their own sound. Sure there are elements of shoegaze, post punk and kraut rock but on their latest E.P. they demonstrate their own brand of twisted, experimental sonic debauchery. The mind bending rhythms of “Whilst You Save Your Skins” and “Marche des Squelettes” are backed by a sea of hypnotic energy that sounds like it’s being beamed in from another dimension while the three part piece known as “Apatride” moves from droning ambient soundscapes to a frantic surf inspired riff fest. One of the most original and inspiring releases I’ve heard in some time. Play this loud and play it often!!!