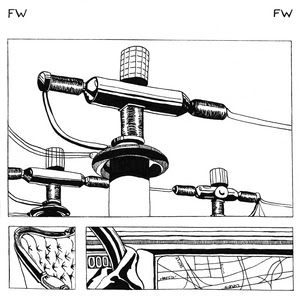 Loving this latest track from indie rock darlings Forth Wanderers. Led by the songwriting duo of guitarist Ben Guterl and vocalist Ava Trilling the group have come a long way in just a short amount of time, releasing two E.P.’s and one full length album 2016’s “Slop”. “Nevermine” is from the groups sophomore LP and their first for Sub Pop. The track has a swoon like vibe to it as Trilling’s beautiful vocals takes center stage alongside guitar sounds that range from intricate and clean to dirty powerful octave rock tones. Overall the track shows off the bands incredible use of dynamics and a “loud/quiet” song structure that comes off incredibly well. The new self titled album will be available April 27th. 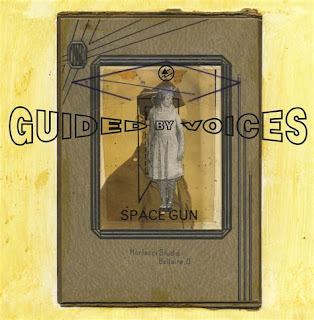 So the new Guided By Voices album “Space Gun” is officially out today and I just had to write about my favorite track from the record “See My Field”. Having grown up as the son of a NASA Dad images of space and space exploration always make me feel right at home so when I first watched the video directed by Hunter Christy (www.hunterchristy.com) I was blown away by the depiction of this young GBV fan being launched into space. The song has all the aspects that make up a Robert Pollard classic. Great guitar sounds, a driving rhythm and just the right amount of rawness that rests alongside Pollard’s trademark vocal. Play this loud and play it often as it’s essential listening as always. 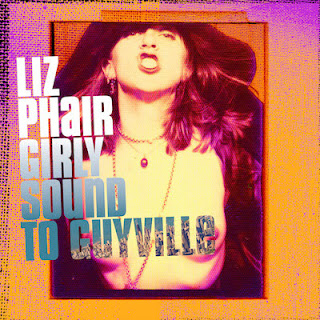 This year marks the 25th anniversary of Liz Phair’s landmark debut album “Exile in Guyville” and to celebrate Matador Records are releasing a comprehensive box set featuring 7 LPs cataloging the “Guyville” era. It also includes the first official restored audio of all three 1991 Girly-Sound tapes which have been meticulously restored from the original copies of the cassettes and an extensive book containing an oral history by Jason Cohen including interviews with Phair, Chris Brokaw, Brad Wood, John Henderson and more, plus essays by Phair and journalist Ann Powers. “Divorce Song” is a absolute classic that embodies Phair’s no compromises stance and songwriting brilliance in true form. This anniversary Box Set will be available on May 4th. 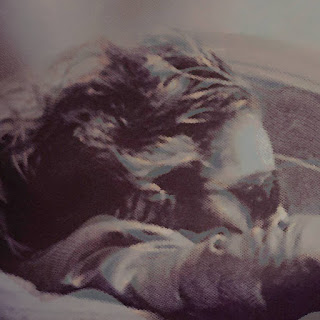 Shade Shelter “I Like Your Shirt. Which One? Both.” E.P. (shadeshelter.bandcamp.com)

Shade Shelter’s debut E.P. features some of the most warped and original sounding songs you will hear anywhere and it feels like they are having the time of their lives while unleashing this collection of audio madness on our ears. “Depressive Realism” combines a bit of Happy Monday’s like swagger mixed with a side order of “New Jack Swing”. It’s got some familiar tones that have been mixed up and rearranged in ways like never before. “Constructive Pessimism” has more of a Yes meets 80’s sci-fi feel while “Solitary Confinement” mixes in elements of jazz, new age, and classic rock alongside a sea of glitch generated sounds and experimental madness. The lo-fi feel of “Pretend Your Happy” is the icing on the cake so to speak as it really solidifies the record as a true original. Think Frank Zappa having an in depth conversation with Sun Ra backstage at a Devo show. 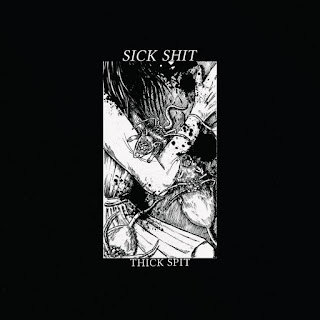 “Thick Spit”, Sick Shit’s brand new 7″ just might be their most relentless material to date. Lead off track “Discarded” begins with the manic sounds of vocalist Sami Kaiser and it sets the tone for the blistering brand of hardcore the band has come to be known for. “Wet Lung” is just flat out pissed sounding and features some of the most insane drumming I’ve heard in years. “Trichotillomania” has more of a straight punk riff to it that mixes things up nicely while “Cohesive” and “Clot” are both skull crushing blasts of true intensity. I’ve had this one on repeat for the last few weeks and I really can’t get enough of it. Highly recommended. 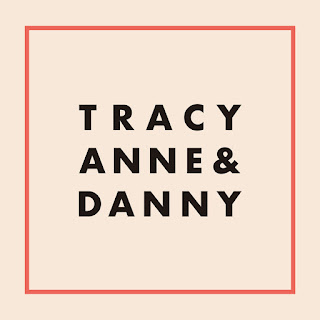 Tracyanne & Danny is a collaboration between Tracyanne Campbell from Camera Obscura and Danny Coughlan from Crybaby. “Home & Dry” the lead single from the bands self titled debut album is an exquisite number that’s highlighted by Campbell’s compelling and soothing voice. The songs got a very classy feel to it and their musicianship is nothing short of stellar. Reflecting on the song Campbell says ““It’s about the movement of time, the inevitability of things not staying the same. Just when you think things are sorted and ok, something changes and they no longer are.” The album produced by Orange Juice’s Edwyn Collins will be released on May 25th courtesy of Merge Records.